The store will not work correctly in the case when cookies are disabled.
Artikelnummer
LOLAK1D4W2C4
Autor
Cyrus Lakdawala 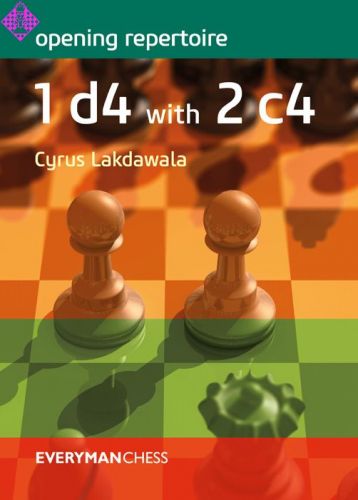 These days the move 1 d4 is often used as the precursor to quieter opening choices such as the London System, the Colle System or the Trompovsky. In this book the highly experienced chess author and coach Cyrus Lakdawala goes back to basics, outlining an aggressive repertoire for White based on 1 d4, following up with the traditional 2 c4. The emphasis of the repertoire is to gain space as quickly as possible and set Black the task of finding quick counterplay or face the risk of being overrun. Lakdawala recommends lines with f2-f3 against the Nimzo-Indian, the Petrosian System against the King’s Indian and the Flick Knife (f4 with Bb5+) against the Benoni. With thorough explanations on pawn structures and piece placement, this book provides insight to both strong masters and less experienced players alike. The format is ideal for the chessplayer keen to improve their game. While reading you are continually challenged to answer probing questions – a method that greatly encourages the learning and practising of vital skills just as much as the traditional assimilation of chess knowledge. Carefully selected questions and answers are designed to keep you actively involved and allow you to monitor your progress as you learn.