The store will not work correctly in the case when cookies are disabled.
Artikelnummer
LEGULDLDSE
Autor
Sarhan Guliev 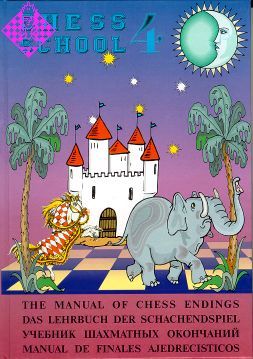 There is no need to remind you of the important role in a chess game is played by its concluding stage - the endgame. Well known is the advice to amateurs of the third world champion, the great Jose Raul Capablanca: first of all study the endings, in order to understand better the properties of the pieces and to sense their coordination!

The experts divide all endgames into two types - exact and problematic (on the whole, all chess positions can probably be classified in the same way). In exact positions it is knowledge that comes to the fore: if it is at the required level, this is sufficient to achieve the goal. Problematic positions are ones that are complicated, double-edged, involving manoeuvring; one of the sides may have an advantage, but the opponent's defensive resources are far from exhausted. In the modern «Informator» language such positions are evaluated with the signs ±, ±, °° etc.

The novelty of the present book is that it only examines exact positions. Such positions form the skeleton of all works on the endgame already published, but not one of these authors is able to resist the temptation to proceed further, from the simple to the complicated. And they deal with problematic positions, where what is required of a player is not only exact knowledge, but also stamina, fighting spirit, will-to-win and so on.

Thus you have here a collection of the 600 most standard (exact) endgame positions. The manual consists of eight parts: endings involving pawns, knights, bishops, bishop against knight, mixed pieces and mate with the minor pieces, rooks, queens, and endings with an unusual material balance. Each section concludes with tests for independent solution, the answers to which can be found at the end of the book.