The store will not work correctly in the case when cookies are disabled.
Artikelnummer
LXDIFCIT19502016
Autor
Gino Di Felice 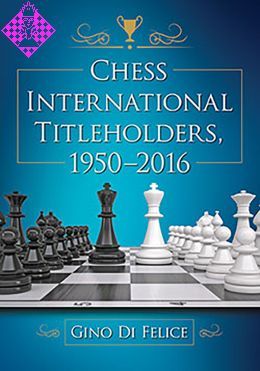 The International Chess Federation or FIDE (from the French Fédération Internationale des Échecs) was founded in Paris in 1924 but only from 1950 began to award international titles. This book lists more than 18,000 players who received titles from 1950 through 2016. Entries include (where available) the player’s full name, federation, date of birth, place of birth, date of death, place of death, title and year of award and peak rating (month and year), with references provided.