The store will not work correctly in the case when cookies are disabled.
Artikelnummer
LXBLUCTWMB
Autor
Karsten MüllerMatthias BlübaumMatthias Krallmann

His way to the title European Champion 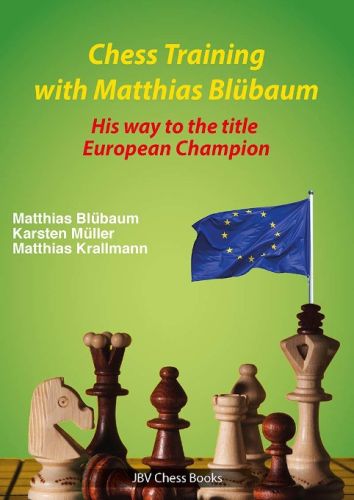 Together with his longtime trainer Matthias Krallmann, GM Matthias Blübaum describes his path from his early youth to the title of European champion. According to his own statement, he particularly benefited from the 'Group of Princes' of the German Chess Federation, which was founded in 2008 by national youth coach IM Bernd Vökler. In this actually not so long journey of an outstanding young talent to the German top player, the reader is not only taken along, but he can also learn a lot for his own practice 'on the way' and is offered all kinds of instructive tips and tricks.

In his foreword, IM Bernd Vökler writes: "...a special highlight has been achieved: Renowned endgame guru, Dr. Karsten Müller, dissects selected endgames by Matthias Blübaum ... A double delight for the reader! - In the next part, a look into the treasury of every grandmaster is granted, namely into his opening repertoire. Matthias Krallmann notes that even former world champion Alexander Khalifman once praised Matthias' complete and self-contained repertoire. - The following chapter offers some of Matthias Blübaum's games against the top stars of the scene, annotated by himself. It's mouth-watering! - At the end, the reader is once again challenged himself. The big tactics test invites you to puzzle and calculate.

Matthias Krallmann and Matthias Blübaum don't offer easy reading! Typically East Westphalian, labour-intensive, exhausting, honest and straight - the portrait of the chess worker, the chess grandmaster, the chess practitioner Matthias Blübaum. You don't become number one in Germany in a sprint, but in a marathon!"