The store will not work correctly in the case when cookies are disabled.
Artikelnummer
LXWINCINY06
Autor
Joost van Winsen 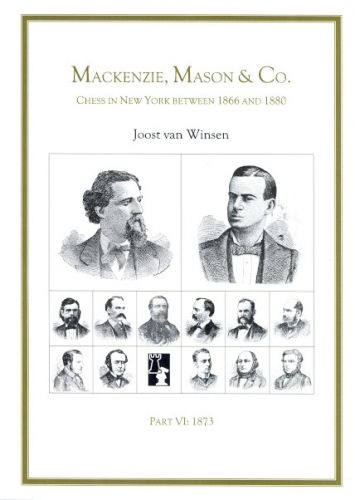 Which doctor played several matches in New York in 1873. What was the name of the "newsboy" who, after a break, returned and defeated Eugene Delmar in two matches? Which judge left a scrapbook with many games played against George H. Mackenzie in 1873? Who was the Swedish player visiting New York, and how many ball games did the New York and Brooklyn chess players play in 1873?

Mackenzie, Mason & Co. offers the answers to these questions, and to many more. Author Joost van Winsen delves deep into the history of New York chess in 1873. This book, with about 120 games, features not only the story of the leading masters of the metropolis, but also of neglected plavers. Illustrated with scarce photographs and many diagrams, the work concludes with eight Indices.