The store will not work correctly in the case when cookies are disabled.
Artikelnummer
SGTMEFW

Tesuji Made Easy For Windows 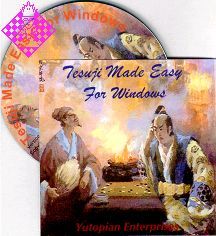 Not a playing program but a collection of Tesuji-problems!

This can be considered as the most comprehensive collection of Tesuji problems in the world.