The store will not work correctly in the case when cookies are disabled.
Article Number
LOJUH1D4TCB1
Author
Armin Juhasz 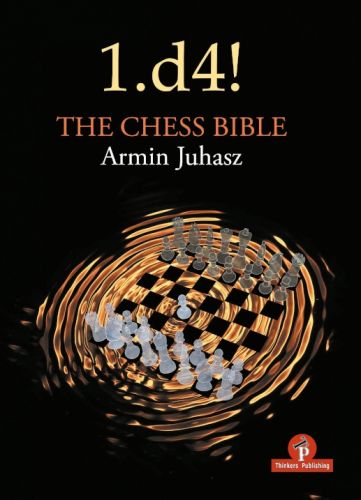 Europe's youngest FIDE accredited trainer, IM Armin Juhasz, is an active player and a successful coach living in Budapest, Hungary. Born in 1998 he is currently 22 years of age and earned the IM title when 17. In 2016 he achieved his highest ELO of 2424. Armin has twice won the Hungarian Youth Championship. He was a member of the Hungarian U18 team which won the silver medal at the European Youth Team Championship in 2016. In addition to being an active competitor he is also the owner and CEO of Center Chess School. This thriving start up effort in Budapest has seen outstanding results. Several of his students have won numerous medals on both the world and national stage. Included in this list of success are two Hungarian Championships, one in the U16 and the other in the U14 division. He has also coached a World U12 Champion from the United States.

In his first book (we anticipate many more), the young Hungarian author makes a worthy attempt to walk his readers through a complete 1.d4 opening repertoire. Yet while he is taking you thru the opening he never forgets the other phases of the game. As a result, the subsequent middlegame and endgame elements are remarkably weIl organized benefitting both beginner and advanced players to acquire powerful skills with 1.d4. I heartily recommend this book not only to those who are eager to boost their ELO rating (Did you know that Dr. Arpad Elo was an American professor of Hungarian birth?) but also to coaching colleagues (including my fellow GMs), because 1.d4! The Chess Bible is an excellent source of great examples and useful drills. I will certainly use it in my own coaching practice.