The store will not work correctly in the case when cookies are disabled.
Article Number
LXTALAWMT
Author
Michail TalIakov Damsky 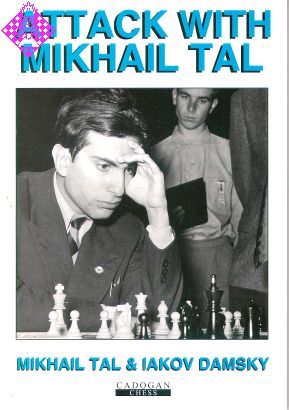 The legendary Mikhail Tal was the finest ever exponent of attacking chess. His all-out sacrificial style took him all the way to the World Championship title. Dogged by ill-health, Tal's reign was a short one, and he was never able to regain his crown, but Tal remained an outstanding player right up to his death in 1992. His departure has taken away one of the chess world's most charismatic figures; a player who excited chess passions wherever he went.

In this, his last book, written together with Russian sports journalist Iakov Damsky, Tal shows how to unleash devastating attacks in all kinds of positions.

032 2 Breakthrough in the Centre

167Answers to: What Would You Have Played?