The store will not work correctly in the case when cookies are disabled.
Article Number
LXFRABFE
Author
Zenon Franco 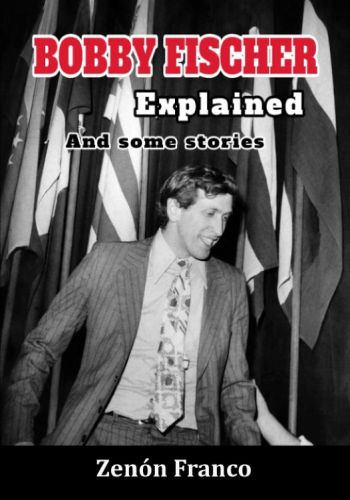 Robert (“Bobby”) Fischer was the great revolutionary in the history of chess in the twentieth century. Thanks to his dazzling career and his demands for better conditions for players, chess was popularised and was converted into a professional activity with many offshoots. His practically single-handed struggle to overthrow Soviet domination of the world of chess is an achievement difficult to match.

A few years ago I rejected the idea of writing a book about Fischer’s games, because I felt that so much had already been written about him that it would be difficult for me to bring anything new to it. But I changed my mind; I think that a new study using the “Move-by-Move” format, is appropriate for commenting on his games and is useful for both learning and teaching. As usual, exercises are set and also questions are asked from the reader’s point of view. This system of training and education is similar to the one I have used so many times already, the system of “guessing the moves.” Here there are no points awarded for guessing moves, but instead there are more explanations, giving the reader the opportunity to ask questions.

Of course, to many fairly experienced chessplayers, some of Fischer’s games will already be well-known, or at least familiar. That is not an obstacle to benefitting from this book, because for the most part these games will not have been analysed in depth or recalled very clearly, so that taking a fresh look at them, pausing at key moments, can be instructive. Also, as usual, I have tried to include the contributions of the players themselves or of distinguished commentators. Old analyses sometimes contain errors that the everstronger and stronger analysis engines detect, but those earlier explanations are still to be valued.

Also, as usual, I try to include the practical viewpoint, since we do not play against computers of unattainable calculating ability, but against human beings who, like ourselves, make mistakes, like or dislike their positions (which at times does not depend on objective evaluation), get tired, etc. I am glad to discover that Magnus Carlsen also gives great importance to the practical element in his choice of variations. For him it is important for the position to be “easy to play,” not for a computer but for a human.

This book is about Fischer’s games; it is not a biography, but I wanted to include some lesser-known anecdotes from his tournaments in Argentina. I am grateful to Daniel Green, Carlos Bielicki and the late Carlos Incutto for their

stories about Fischer which I relate in this book, to newspaper La GACETA from Tucumán, for the two photos and to Agustín Berrueta for the poem which ends this homage/appreciation of our eleventh World Champion. I hope that you will enjoy this book as much as I enjoyed writing it. I also hope that it will be of benefit to you for learning a little more about our game of chess, through the medium of Fischer’s games.

Finally, it is my hope that it will also provide useful teaching material to those involved in chess education.

006 The structure of the book