The store will not work correctly in the case when cookies are disabled.
Article Number
LGFAITGCON
Author
John FairbairnT. Mark Hall 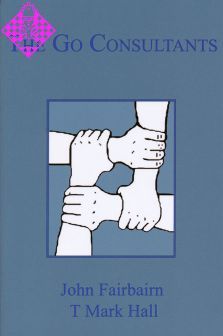 Inspiration from the West

Western chess held a special fascination for Japanese go players in the 1920s and 1930s. Many ideas were copied, including chess clocks and tournament rules. The convoluted points system for the Oteai (professional ranking tournament) was supposedly inspired by Western chess's mathematicians. Indeed, a link has never been formally made, but it is not specially fanciful to wonder whether Shin Fuseki (new openings) was partly inspired by hypermodern chess. It is ironic that while Japan was rushing headlong into major confrontations with the West, it was absorbing Western ideas and snapping up Western words. One example was "consultation game". We know this came from chess because the author of the 1935 book on the first consultation game in go said so.

Western influence is strongly evident throughout the preface to the book by Hochi Shinbun newspaper go writer Ikoma Kosho. The borrowed words "telepathy", "sensation", and "business-like" crop up in the first few pages, but the whole book betrays the spirit of the age. This was the era of the best seller, Mathematics for the Millions, by the Marxist Lancelot Hogben, and dozens of other works aimed at self improvement by the working classes.

As was close to a norm then, the book Hochi Sodan-go, or The Hochi Shinbun Consultation Game, is made accessible to the less well educated by having small ruby characters beside every character to show how it is read. It also makes the book spectacularly ugly, but at least it had the merit of telling the world how to read the go player's name as Segoe rather than the more common Segoshi (and, if it comes to that, Tamura Yasuhisa rather than Hoju, Kogishi Soji rather than Ogishi, and even Kitani rather than the sometimes heard Kidani).

Yet it was a creative and energetic rather than a ponderous age. The vibrancy imparted by today's Internet may be something similar. Apart from the new ideas of Shin Fuseki on the go board and experiments with komi, entrepreneurs like Shoriki Matsutaro were bringing go to the masses through the Yomiuri Shinbun' 's ten-game matches, spectacularly presented on a traffic-stopping billboard.

Newspapers, then as now the main sponsors, were actively competing with each other to attract readers to their go columns. The Hochi Shinbun had long run a "win and continue" tournament, which was the main cradle for the experiments with komi, but it needed something new to keep up with the Yomiuri , and also with the Mainichi Shinbun, which had its hooks into the emerging Honinbo tournament. The novelty was consultation go.