The store will not work correctly in the case when cookies are disabled.
Article Number
LXSHEMCL
Author
Guannan SongJoshua Sheng 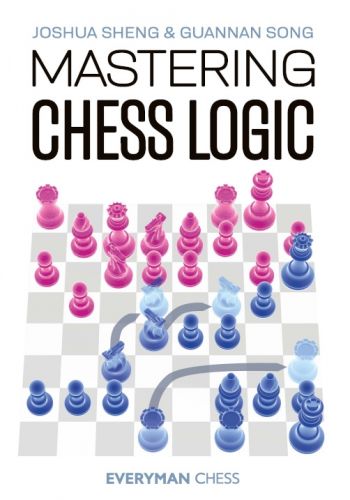 What exactly makes the greatest players of all time, such as Magnus Carlsen, Bobby Fischer, and Garry Kasparov stand out from the rest? The basic aspects of chess (calculation, study of opening theory, and technical endgame ability) are of course of great importance. However, the more mysterious part of chess ability lies within the thought process.

This book will tackle this woefully underexplored aspect of chess: the logic behind the game. It will explain how chess works at a fundamental level.

The reader also has plenty of opportunities to test their decision-making by attempting 270 practical exercises. These are mostly designed to develop understanding, as the justification of the moves is more important than the actual correct answer.

Joshua Sheng is an International Master with one Grandmaster norm from Santa Monica, California. He tied for first in the 2016 North American Junior Chess Champion- ships and placed third in the 2019 U.S. Junior Chess Championships. He graduated from the University of California, Berkeley, in 2021. Joshua has been a serious chess coach for many years, and this is his first book.

Guannan Song is a FIDE Master with one International Master norm from Canada. His notable achievements include winning the Canadian Youth Chess Championships and scoring bronze at the North American Junior Chess Championships. He has represented Canada on the international stage at the World Youth Chess Championships and the World Youth U16 Chess Olympiad. He graduated from the University of Western Ontario in 2021. Guannan is an experienced chess coach and the author of Practical Chess Puzzles: 600 Posi- tions to Improve Your Calculation and Judgment (with FM Dachey Lin and IM Edward Song)