The store will not work correctly in the case when cookies are disabled.
Article Number
LOJARTNBG5R1
Author
Lukasz Jarmula 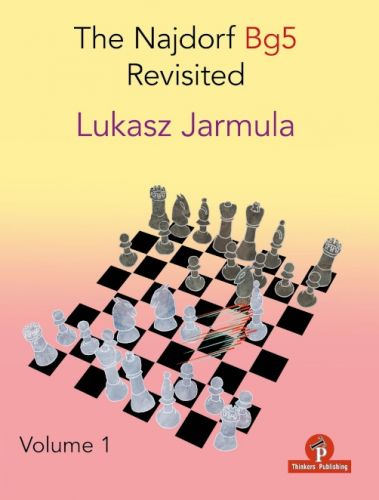 Born in 1998 Lukasz Jarmula is a 23 year old Polish International Grandmaster. Since 2015 he has represented SV Griesheim in the German Bundesliga. He holds 17 medals from the Polish Youth Championships in all categories: Individual, Team, Rapid and Blitz. In 2016 he shared 2-5th place at the European Youth U18 and in 2014 won the silver medal at the European Youth Team Championship.

The Bg5 variation of the Najdorf is the most critical and perhaps the most devastating weapon in the hands of the well- prepared player. In his first book for Thinkers Publishing, Lukasz brings us many sharp and aggressive ways to play for a win. The book consists so many interesting variations, we decided to split it into two volumes. We can only compliment hirn for writing a most complete book on a highly popular opening, the Najdorf Sicilian.