The store will not work correctly in the case when cookies are disabled.
Article Number
LXALECGC02
Author
Alexander Alekhine

with his own annotations 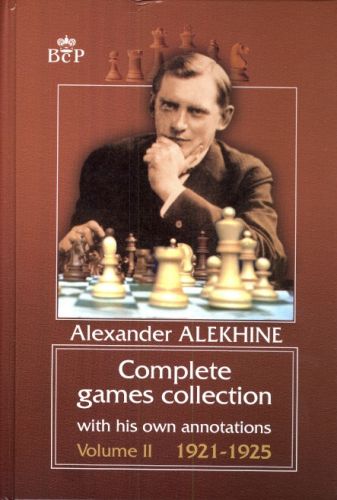 The first Russian world champion Alexander Alekhine went down in history not only as a winner of many tournaments and matches and the creator of hundreds of masterpieces of chess creativity. He is also rightfully considered one of the most prominent analysts of all time. Alekhine's comments are distinguished by depth and objectivity, a clear statement of the prisoners in the position of ideas. In this edition, for the first time, ALL games of Alekhine with author's notes are collected. Many of them now can be found only in old magazines, some have not been published before. The editorial notes take into account the achievements of modern computer analysis.

007 Matches with Teichmann and Saemisch. Triberg, Budapest, The Hague tournaments. No. 148-167