The store will not work correctly in the case when cookies are disabled.
Article Number
LXYUSCL
Author
Artur Yusupov 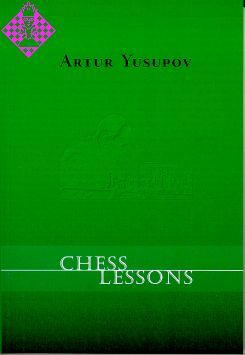 Between 1999 and 2002 Artur Yusupov produced and published in Germany a small series often training booklets, each one covering a particular chess theme. This experimental project proved quite popular, not only with German-speaking readers. Many of his chess colleagues liked this form of individual training; and some of them used the material in their classes too. This favourable reaction prompted the idea of an English translation.

Although the booklets were aimed at players of differing abilities, most wanted the complete set. And that's how these different themes have ended up in one book. You could also look on this diversity as a strength if a reader, with chess ambitions, wants to test his overall ability. Moreover, for chess trainers this book provides several ready-made lectures, and many useful exercises covering different aspects of the game, already sorted in terms of their level of difficulty.

As an individual Artur Yusupov has reached the semi-final of the world championship on three occasions (1986,1989,1992).

Artur Yusupov has also made a name for himself as trainer, notably for Viswanathan Anand in his world championship matches against Kasparov in 1995, and against Karpov in 1998. The quality of training is reflected in the success of his chess academy in Weissenhorn, Germany.

Artur Yusupov is also well-known as an author, having written several opening books and, most notably, as co-author (with Mark Dvoretsky) of five highly successful instructional works.

075 5 Passed Pawns in the Middlegame

115 7 The Process of Elimination

187 Index of composers and analysts