The store will not work correctly in the case when cookies are disabled.
Article Number
LXKARKHHPMHAC
Author
Tibor KárolyiNick Aplin

Kasparov: How his predecessors 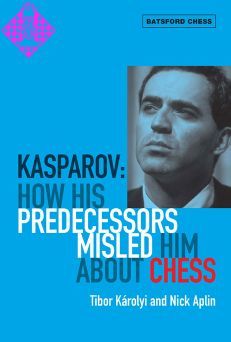 In his bestselling series My Great Predecessors, Garry Kasparov deeply analysed the styles of the twelve previous world champions and praised their important contributions to chess.

But in this book - a humorous, affectionate tribute - you will see Kasparov as you have never seen him before. Virtual Garry Kasparov - who blames the same champions for leading him astray, citing them one by one as the prime reasons for his most painful defeats. His big mistake? He copied their ideas too closely!

Separating fact from fiction will be quite a challenge for the reader in this unique double collection of over 130 instructively annotated games won by the champions of yesteryear but lost by the greatest player of the modern era.