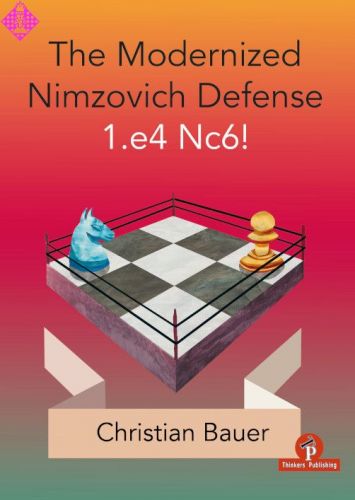 There is no doubt that the Nimzovich Defense is one of Black’s most inspiring openings after 1.e4. Black strives to unbalance the position by creating new problems for White from move two, giving himself every opportunity to fight for the initiative from the outset. It is no surprise that 1 ... Nc6 appeals ambitious players who relish a complicated battle. In this book, GM Christian Bauer explains how to use this powerful weapon drawing from his own successful experiences. He is not shy to show you the fundamental ideas, the traps, the pitfalls and naturally the move order subtleties which play such an important role in our modern game of chess. We are convinced this book will give you plenty of confidence and make your opponent think more than twice.