The store will not work correctly in the case when cookies are disabled.
Article Number
LXZINTPSCM
Author
Mikhail Zinar 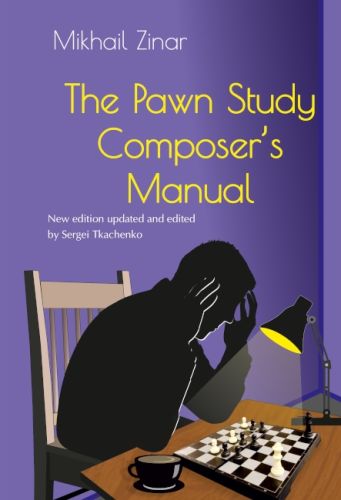 Have you ever thought about trying your hand at composing endgame studies? Probably not, it always seemed far too difficult. But now, your chance to learn the tools is finally here! Mikhail Zinar’s composition manual, first published in Ukraine in 1990 with a 100,000 print run that has long sold out, and now updated and revised by Sergei Tkachenko, reveals the secrets that will give you a head-start in composing chess poetry!

Careful study of this book will not turn you into an overnight prize-winning sensation, but following its recommendations and putting in hard work will place you firmly on the right path. Today’s leading Ukrainian studies composer Sergei Didukh told Sergei Tkachenko that he read Zinar’s manual several times before he composed his first study.

Mikhail Zinar (1950-2021) was considered the world’s leading pawn studies composer in his life-time, inheriting the mantle from Nikolai Grigoriev. He composed several hundred studies in his career, winning multiple prizes. Zinar was awarded the title of Master of Sports of the USSR in 1987 and won the bronze medal in the studies competition of the 3rd FIDE World Cup in Composing in 2013. He lived his last years in Hvozdavka near Odesa in Ukraine.

005 Foreword by the Editor

282 Index of Studies by Author