The store will not work correctly in the case when cookies are disabled.
Article Number
LXPRIGGBCL3
Author
Craig Pritchett 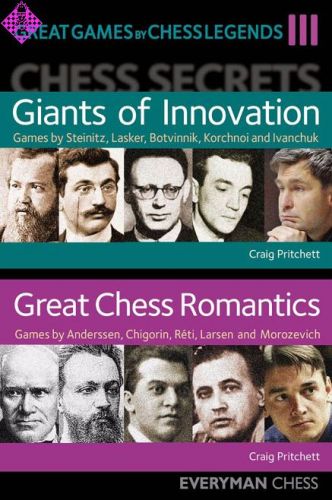 Chess Secrets is a series of books which uncover the mysteries of the most important aspects of chess, such as strategy, attack, defence, opening play, endgames, off-board preparation and mental attitude. In each book the author chooses and deeply studies a number of great players who have excelled in such aspects of the game, greatly influenced their peers and inspired all of us.