The store will not work correctly in the case when cookies are disabled.
Article Number
LXWINJMIAK
Author
Joost van Winsen 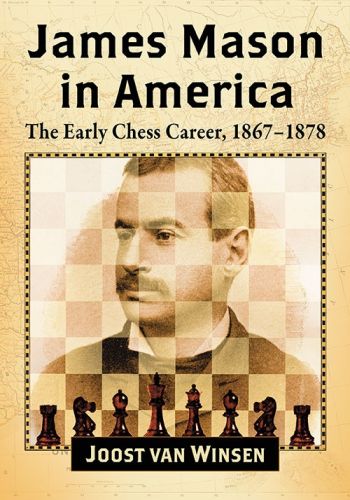 Few men are prominent chess players as well as esteemed chess writers. James Mason, in his lifetime, had the reputation of being both. This book chronicles Mason's early career in the United States, providing many details on his writings and annotations for The Spirit of the Times and The American Chess Journal , his participation in the Café Europa and Café International tournaments, his win in 1876's Fourth American Chess Congress, and his matches against chess greats like George H. Mackenzie, Eugene Delmar, Dión M. Martínez, Edward Alberoni, and Henry E. Bird. Mason's efforts to establish an American Chess Association and to arrange an international centennial congress in 1876 are also explored. In addition to the general index, the work also includes indexes of games, annotators, and openings.

Journalist Joost van Winsen lives in the Netherlands. He has previously written about American chess history of the Nineteenth century, and has contributed articles to ChessCafe.com and ChessArcheology.com.

007 One: "Establishing Himself in Business"