The store will not work correctly in the case when cookies are disabled.
Article Number
LOMOSTFBG
Author
Viktor Moskalenko 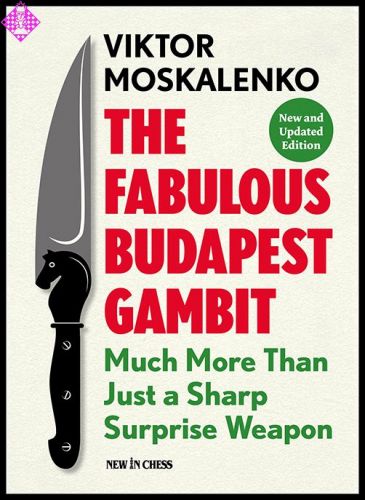 Viktor Moskalenko has done what many readers have asked him to do: he has completely reworked, fully updated and extended The Fabulous Budapest Gambit .

What’s new in this edition? In Moskalenko’s own words:

As always, Moskalenko is right on the ball, or as the German magazine Rochade Europa said about the first edition: “He doesn’t dish out endless variations but concentrates on the details of the principal and most aggressive plans.”

The Budapest Gambit is popular with club and internet chess players all over the world, and it is easy to see why. It has surprise value, it’s not hard to learn, and it leads to sharp and dynamic play from the very start of the game. But what about its strategic value?

When Grandmaster Viktor Moskalenko started playing the Budapest many years ago, its all-round appeal struck him, and since then he has won many games with it. This book contains quite a few of Moskalenko’s own games, as well as games by other star players from the past and the present. They illustrate perfectly the dynamic character of this gambit as well as its solid strategic foundations.

Moskalenko does not shower you with long computer-generated variations but clearly explains the plans for both White and Black.

This New Edition is completely reworked and fully updated from the original 2007 publication; it has been extended by 25% and contains new analysis, new games, new ideas and lots of novelties.

Viktor Moskalenko (1960) is an International Grandmaster and FIDE Senior Trainer. The former Ukrainian champion is the author of Revolutionize Your Chess (2009), The Wonderful Winawer (2010), The Perfect Pirc-Modern (2013), The Diamond Dutch (2014), The Even More Flexible French (2015) and Training with Moska (2017).

020 Part I: The Schlechter Knight

132 Part I: The Attacking Machine

187 Part I: Beyond Rubinstein