The store will not work correctly in the case when cookies are disabled.
Article Number
LELAKTSW
Author
Carsten HansenCyrus Lakdawala 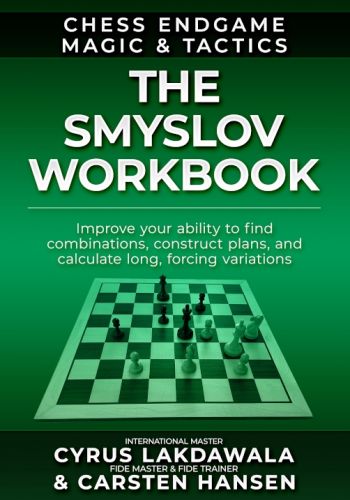 In this book, the authors aim to assist the reader in becoming better at finding combinations, constructing plans, and calculating long, forcing variations. For the purpose of instruction, the material is based on the output of former World Champion Vassily Smyslov (1921-2010), using his endgame compositions from various works and publications as well as several of his practical endgames from games from tournaments and matches throughout his career against players such as Mikhail Botvinnik, Paul Keres, Bent Larsen, Efim Geller, Tigran Petrosian and several other world class players