The store will not work correctly in the case when cookies are disabled.
Article Number
LGTORFR
Author
Shibano Toramaru

€24.95
Incl. Tax, excl. Shipping Cost
Notify me when this product is in stock
Add to Wish List
Skip to the end of the images gallery 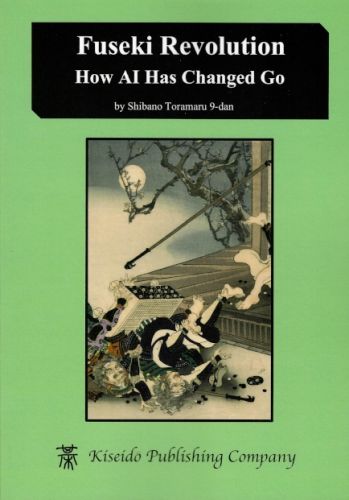 Go-playing AI programs have changed the very nature of professional go. In the half-decade since the emergence of AlphaGo in 2016, the conventional wisdom of go has been transformed. Opening pattern previously favoured by professionals of all levels have lost popularity and some have disappeared altogether. Large moyos have lost out to the thoroughgoing preference of AI for actual territory and its skill at reducing moyos. Josekis have been transformed, with 'standard' moves disappearing and their place being taken by new teehniques invented by AI. Even some moves that were previously considered taboo, as being crude or ineffective, have been reassessed by AI and have earned places in the standard repertory.

In this book, Toramaru Shibano, one of the top player of his generation, gives his own take on the fuseki revolution. He focuses on change in the contemporary way of thinking about go strategy, organizing his analysis under the following three main headings.

Shibano maintains an independent attitude about go theory and is not afraid to let us know where and why he sometimes disagrees with AI.

In an appendix, Shibano gives his own recommendations on the tactics to use with openings like the sanrensei that still feature strongly in amateur go.